Immerse yourself in live orchestral music with the Brazosport Symphony Orchestra! 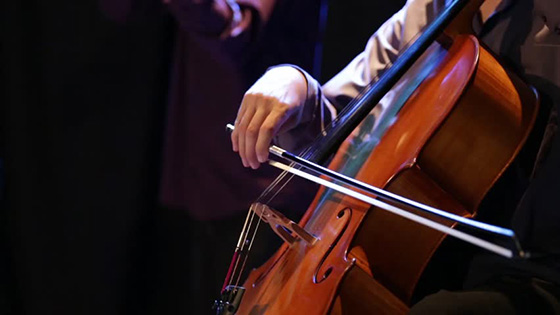 Bach at The Clarion

How can I become a musician with Brazosport Symphony Orchestra?
Please contact Brian Casey at iplaydbass@hotmail.com or Paula Matzke at izzie2865@gmail.com.

What if I don’t play an instrument?
We have other opportunities for you to be involved with the Symphony. Brazosport Symphony League is an active organization that helps support the Symphony and its players. For more information, contact Neldia Alhquist at neldia@neldalinsurance.com. 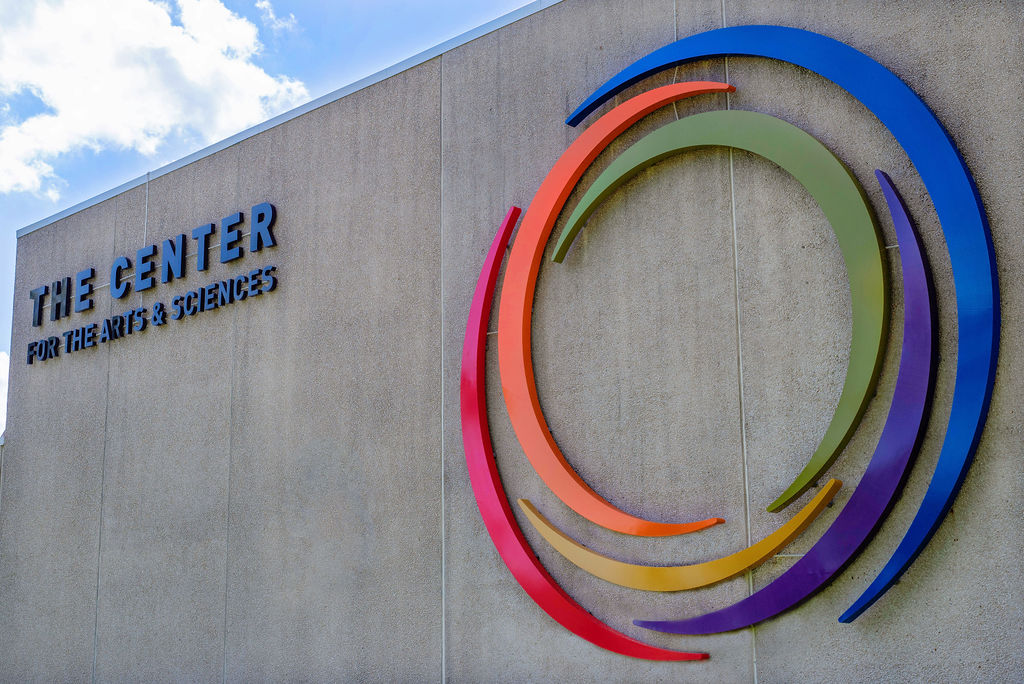 Enjoy an exciting season at The Center (and beyond) with memberships to each Partner Group with this “all in” membership! Reserve tickets and receive discounts on select workshops and classes with only one membership number!
Membership includes:
Basic Brazosport Fine Arts Council Membership (voting level membership) + $20 Donation to BFAC Operating Endowment Fund
Single Artist Brazosport Art League Membership
Flex Membership to Brazosport Center Stages (6 total tickets to any combination of performances in the 2020/2021 season – reservations required)
Individual Brazosport Museum of Natural Science Membership
Individual BASF Planetarium Membership (Single passes throughout the 2020/2021 planetarium season)
Flex Membership to Brazosport Symphony Orchestra (6 total tickets to any combination of concerts in the 2020/2021 season – reservations required 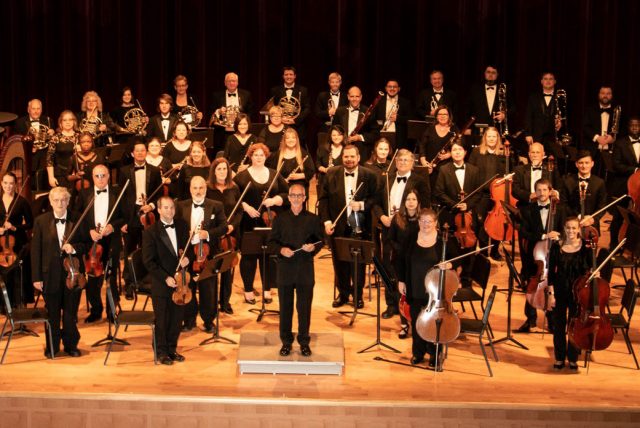 In the Spring of 1982, Clayton Gilpin, President of the Brazosport Music Theater, (which later merged with the Little Theater of Brazosport to become Brazosport Center Stages), called Jeralyn to determine the possibility of starting an orchestra under the sponsorship of the Music Theater. Jim Hagberg was invited to attend a meeting with Gilpin, Friedli and Margaret Davis, a local musician with two children who played the violin. Hagberg was graduating from Rice University with a Masters in conducting in May 1982.

Since Hagberg was not available until the summer of 1982, Davis gathered a small group of students and community people to form a string ensemble under the direction of Bill Atkerson, a former high school orchestra director. An August concert was held at the Music Theater and was very well received. In the fall of 1982 that small string group became the nucleus for the Brazosport Symphony Orchestra under the baton of Jim Hagberg. Hagberg was hired by the Brazosport Music Theater to conduct one rehearsal per week and three concerts for the 1982-83 season. A sum of $600 was collected from the community and added to the Music Theater treasury, from which Hagberg was paid $50 per month.

In the summer of 1983 Friedli and Linda Claiborne, another mother of a violinist, worked to organize a Symphony Board of Directors and Symphony League. These groups were to operate and maintain the Brazosport Symphony Orchestra. A charter was received from the State of Texas in 1983 and Federal non-profit status was received in 1984. The Board of Directors started with nine members, but has increased over time to 27 members. The board is organized into working committees that function well and keep the orchestra operating within budget.

Since 1984, the Symphony has continued to grow in its quantity of players, audience and budget. The quality of its performances has improved greatly and additional concerts have been added. The Symphony and its League continue in their relationship to The Center, as affiliate organizations of Brazosport Center Stages. In 2006, Brazosport Symphony Orchestra moved its rehearsals and concerts to the newly opened The Clarion Music Performance Hall at Brazosport College. Many exceptional soloists have performed with the Brazosport Symphony Orchestra, both from within the community and outside professionals.

In 2006 the Symphony revitalized its Young Artists Competition for string players. The winner received a $500 scholarship and the opportunity to play with the orchestra. In 2017, the competition was renamed the Whit Phillips Memorial Young Artists Competition, in memory of locally trained music student and performer, Whit Phillips. More information about this competition can be found in the Education section of this page.

Brazosport Symphony League is a dues-paying organization that supports the Brazosport Symphony Orchestra and music education in the community. Prior to each Symphony concert, BSL members meet to learn about the music for that concert. During the concert, League members can be seen helping audience members find their seats and answering questions at The Clarion as ushers. They are also a welcome sight during intermission behind the refreshment counter. To become a member, print and complete the form found at this link and mail to:

The Clarion at Brazosport College is a magnificent 600-seat performance hall designed to meet the highest acoustical standards for today’s live music performances. The beautiful ambience of The Clarion features a stunning, two-story lobby graced with a specially commissioned bronze sculpture entitled “Spirit of Music,” as well as rehearsal halls for vocal and instrumental music, individual practice rooms, faculty offices, classrooms, and green room. The Clarion encompass approximately 29,000 square feet of custom-designed space, providing an exciting venue for the performance, appreciation, and learning opportunities of music.

“Clarion” denotes a medieval trumpet with a clear, ringing tone; the clarion call is a bright fanfare from the trumpet, an instrument that plays a vital part in all types of music. The “Spirit of Music” bronze sculpture in The Clarion lobby will be an impressive angelic figure with clarion aloft, calling all to the appreciation of music. The word clarion comes to our language through Middle English and Old French from the Latin clarus, meaning clear.

More information about The Clarion and its season can be found by going to the following website: https://brazosport.edu/business-community/clarion/

Contest guidelines and applications will be available soon. 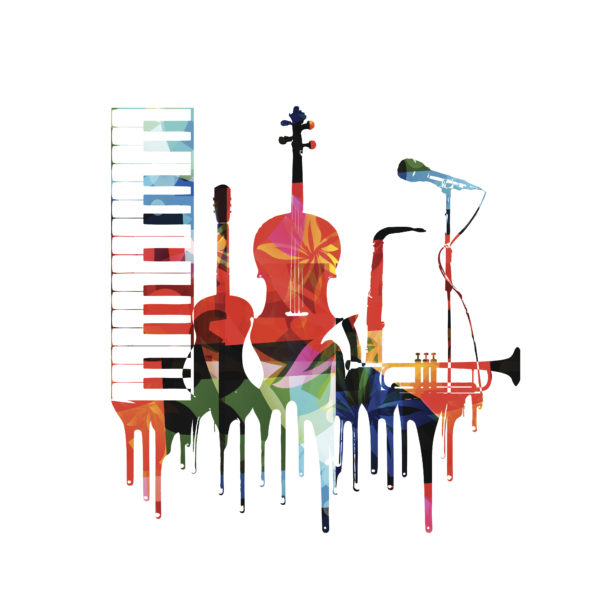 Art❤️Strings is a fundraising project to support Brazosport Symphony Orchestra. Hurricane Harvey left many damaged violins in its wake prompting the painting, carving and embellishing of violins and auctioning them to benefit the orchestra. The series has reached seven as it has gained momentum.

A seventh installment of this project is bejeweled and autographed by singer/composer/actress Dolly Parton. More information on this violin coming soon!

Once it is built, it is time to add detail and color to the set. Set painters of various talent and experience levels can contribute to this fun and satisfying task. Novices can apply basic “base coats” of paint while more accomplished artists can follow behind add the detail (color, texture, shadow and highlight). Bring the set to vibrant life by volunteering as a set painter!
(Minimum hours per week: 4)

Museum attendants welcome visitors to Brazosport Museum of Natural Science and encourage them to sign in to the guest book. Attendants also learn about the current and upcoming exhibits and events to provide visitor information and to be able to answer basic questions about the exhibits, Brazosport Museum of Natural Science and The Center for the Arts & Sciences. The attendant is also responsible for gift shop sales transactions and must be confident with cash handling and credit card processing. The attendant also helps ensure the safety of guests and the preservation of the exhibits and artifacts on display.
(Minimum hours per month: 3 consecutive)

During the time a Center Stages play is in production, set builders work on Saturdays (usually 9:00 AM – 2:00 PM) and, occasionally, during some weekdays, as volunteer availability allows. Volunteers should have a background in safe construction practices, including using various types of power tools. Though not necessary, set construction volunteers are encouraged to bring and use their own well-maintained and safe power tools. Wood is usually the most typical construction material, though occasionally other materials, such as metal, are used.
(Minimum hours per week: 4)

Gallery attendants welcome visitors to the art gallery and encourage them to sign in to the guest book. Attendants learn about the current and upcoming exhibits and events to provide visitor information and to be able to answer basic questions about the exhibit, Brazosport Art League and The Center for the Arts & Sciences. The attendant is also responsible for art sales transactions and must be confident with cash handling and credit card processing. The attendant helps ensure the safety of guests and the preservation of the art on display.
(Minimum hours per month: 3 consecutive)